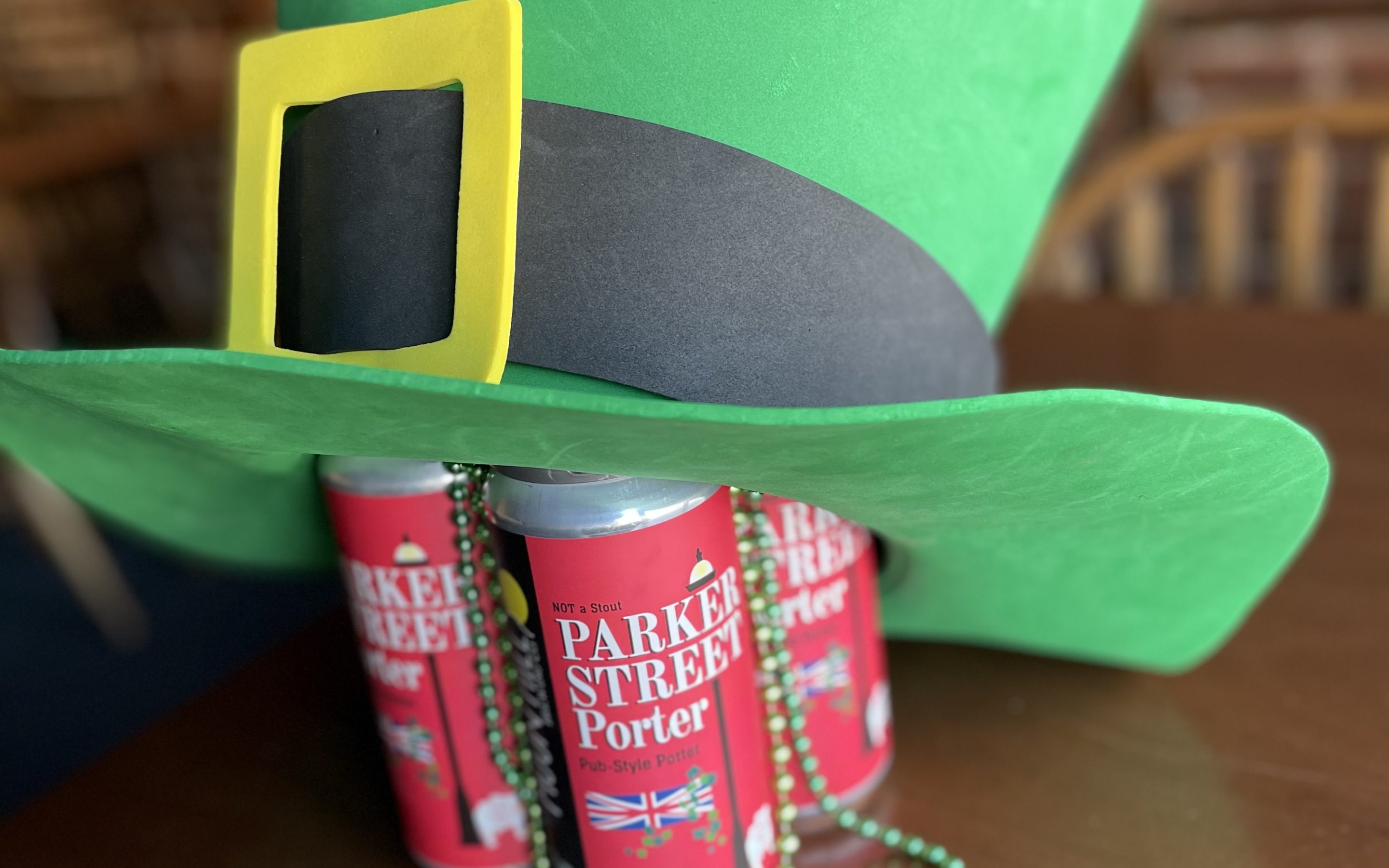 All y’all are probably wondering if anything is going on for St. Patrick’s Day here. And, to be brief, there is. You may recall that last year, this whole other-worldly, strange and totally unacceptable ‘thing’ happened on exactly St. Patrick’s Day, in Mass., thereby shutting down what would have been yet another mildly raucous Ale House St. Pat’s celebration. Instead, we did the most TAKEOUT corned beef and cabbage, perhaps, in Massachusetts. We switched gears pretty quickly and managed to sell out. Out the door that is. Dining room was silent, and moods were surreal as we experienced our very own apocalyptic moment, followed by a year-long desert-like trek of muffled voices, scared elbow touches and 6-foot invisible barriers. What do people even look like anymore?

And what now citizens? A year later? Well, you never woulda thought we’d still be masking it up and hiding behind plexiglass. At least this year we can come back inside for “Corned Beef & Cabbage All Over The Place” as I am wont to describe it, and a bit of Parker St. Porter on a nitro tap. For 5 days, starting Wednesday, March 17.

Our brandy new chef, who has been eating corned beef his whole life, albeit of a Caribbean preparation, is excited to dive into this Irish/New England tradition. Steak & Stout Pie too. Either here, or there, (dine-in or takeout) we are there with the food. 400 lbs of corned beef gotta go somewhere.

But wait! I’m talking like a restaurant. Wrong page? This isn’t gardnerale.com I’m told! So sorry. Beer hat on.

Welcome to the MoonHillBrewing.com blog, aka the Parker St. Blog. We are celebrating St. Patrick’s this year, again, with our long lineup of brewed-here beers. Our Nitrogenated candidate this year will be Parker St. Porter. I candidly refer to this beer as ‘Not A Stout’ because I feel there is a good bit of confusion surrounding the style, when compared to a stout – much of it my confusion. I wouldn’t do a blind taste test (in public) and swear to be able to guess which was a stout and which a porter, especially if the tester, rascal that she/he would be, would put two porters or two stouts in front of me and watch the faker proceed.

It reminds me of a story. Do you have a minute? Before there was craft beer (I started drinking in ’73 on the record and before that, off the record, so I can say ‘before there was craft beer and be pretty close to prohibition.) I drank Miller High Life and Budweiser. Now I pretty much didn’t like the Bud and would complain about it when anybody would listen, so not so much. Miller was smoother, Bud was bitey. But twice, over the years, I had a certain friend (who kinda new I was full of the brown stuff) put me up to a blind Miller-Bud taste test. This was a college buddy, Mark Hill. He didn’t think I could tell the difference between Miller and Bud.  I said, “Bring it on!” Now I had a 50-50 chance of being right, right? Both times I got it wrong. So, my confidence just isn’t there, or at least doesn’t deserve to be there, for like 45 years now. I am a beer tasting trauma victim of my own design. I have many excuses for this failure, but let’s just say one person’s Bud is another person’s Miller. I think it was the 5% ABV I was tasting. And why are we talking about those beers anyway?

So when I say that Parker St. Porter is ‘Not A Stout’, the only reason you should believe me is not because I have tasted it (cause we know where that’s at), but because I know people, reputable people, especially our brewer, Chad, who have stipulated its authenticity and style, and I have seen the recipe. It’s def a porter stupid! (Referring only to myself as the ‘stupid’ in that exclamatory insult.) Welcome to the world of porter. See it. Smell it. Taste it. The delicate malty roast comes through mildly sweetly. And the nitrogenated version? It does this ice cream thing I think. Yes, I think.

By the way, put me up to it and I will get it right. Not even kidding. I dare you. 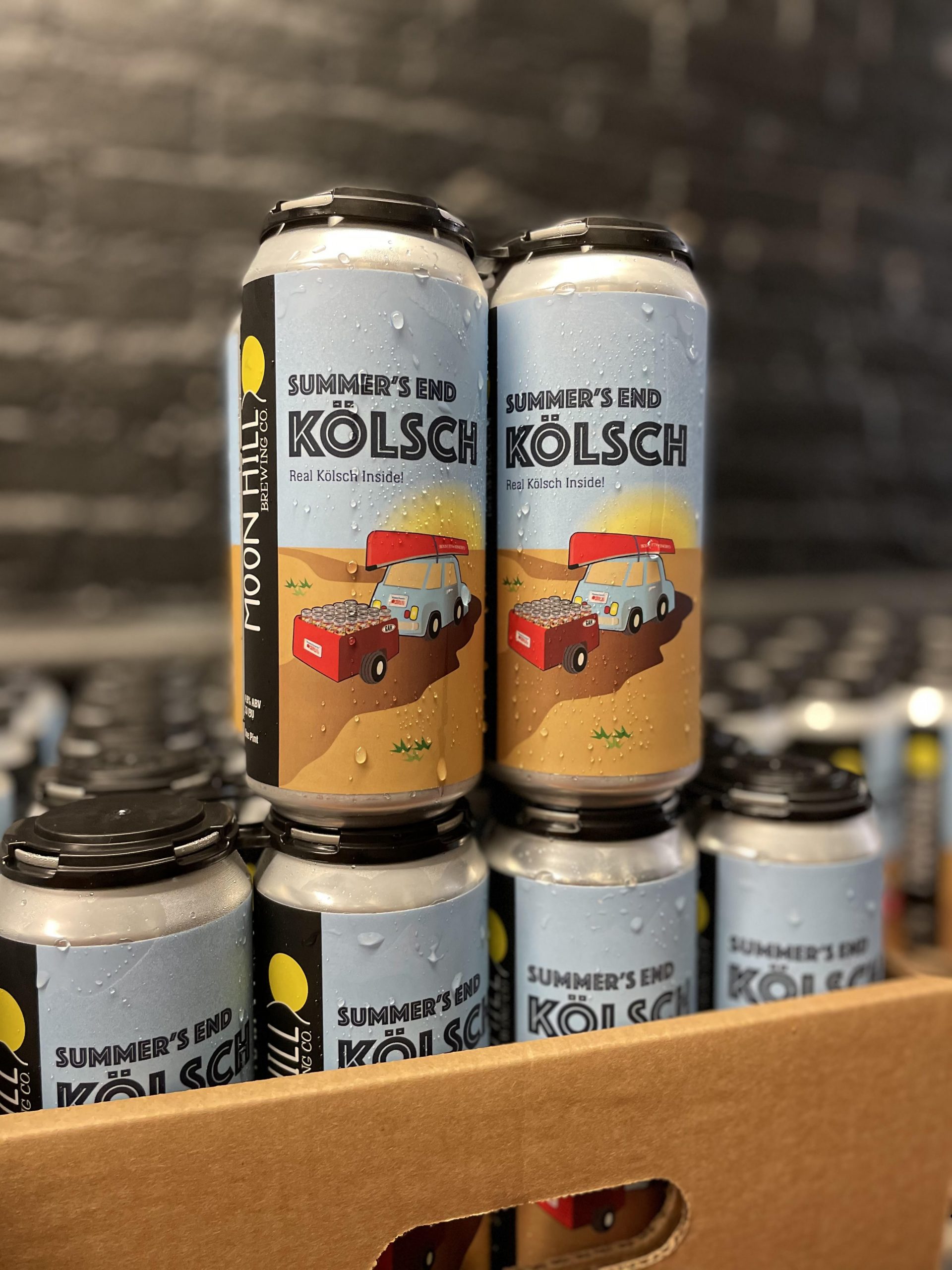 Our first craft beer Summer’s End is getting a promotion! You Ale House adherents of many years may remember Summer’s End was our first brew at the Ale House,...
Read More 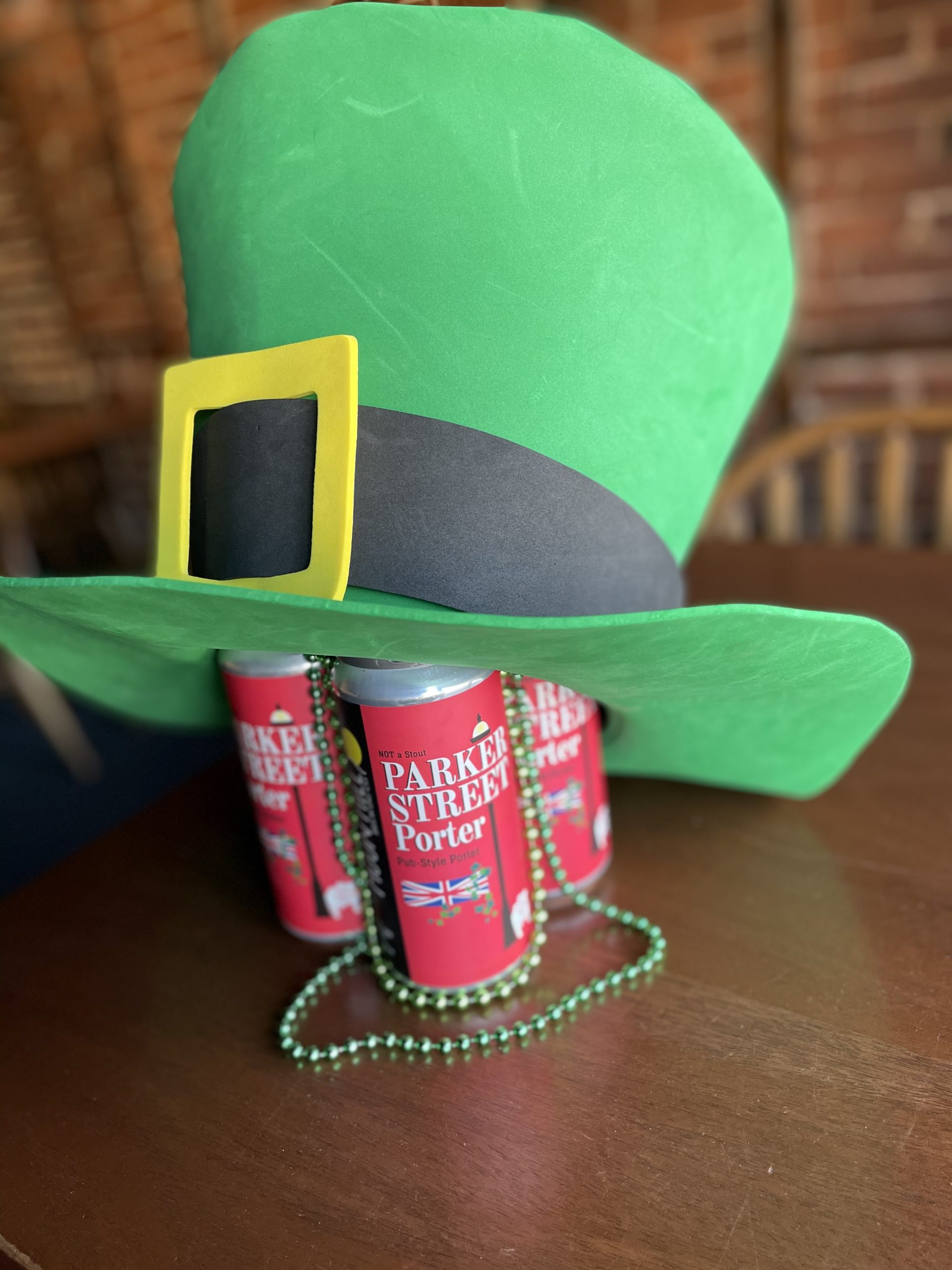 All y’all are probably wondering if anything is going on for St. Patrick’s Day here. And, to be brief, there is. You may recall that last year, this whole...
Read More 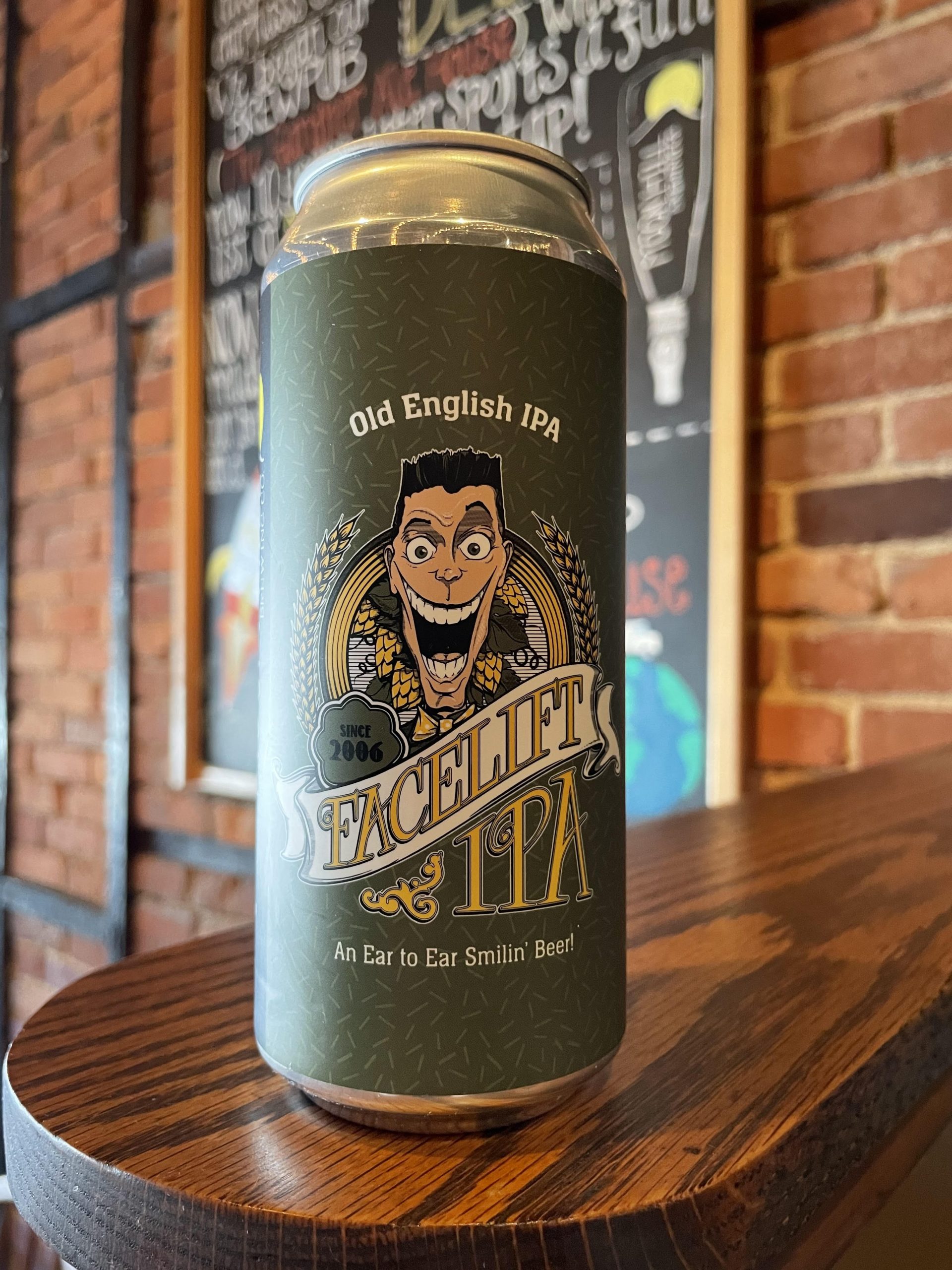 Facelift might be new to you, but this beer has been here since 2006.  Rick Walton, Gardner Ale House owner, prior to buying, opening and running his brewpub...
Read More 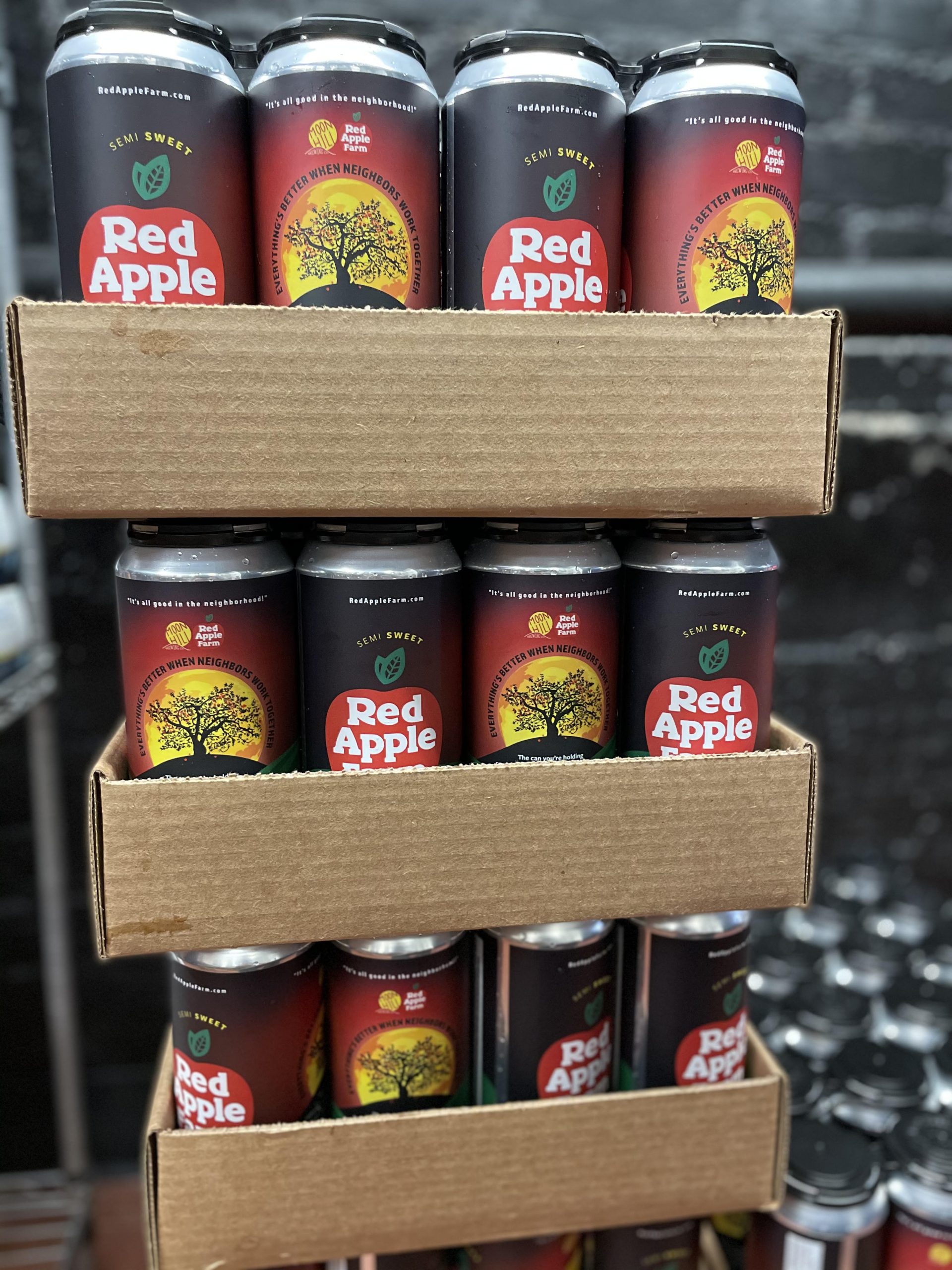 Hear ye, hear ye! Our great collaboration brew with Red Apple Farm, namely the Red Apple Farm Semi-sweet Hard Cider, has made it into the can and is available...
Read More

The Gardner Ale House & Moon Hill Brewing Co. Oktoberfest "Party In the Street" is cancelled this year. Instead, you can "Take The Party Home". Our...
Read More

We have our own ﻿online ordering app! 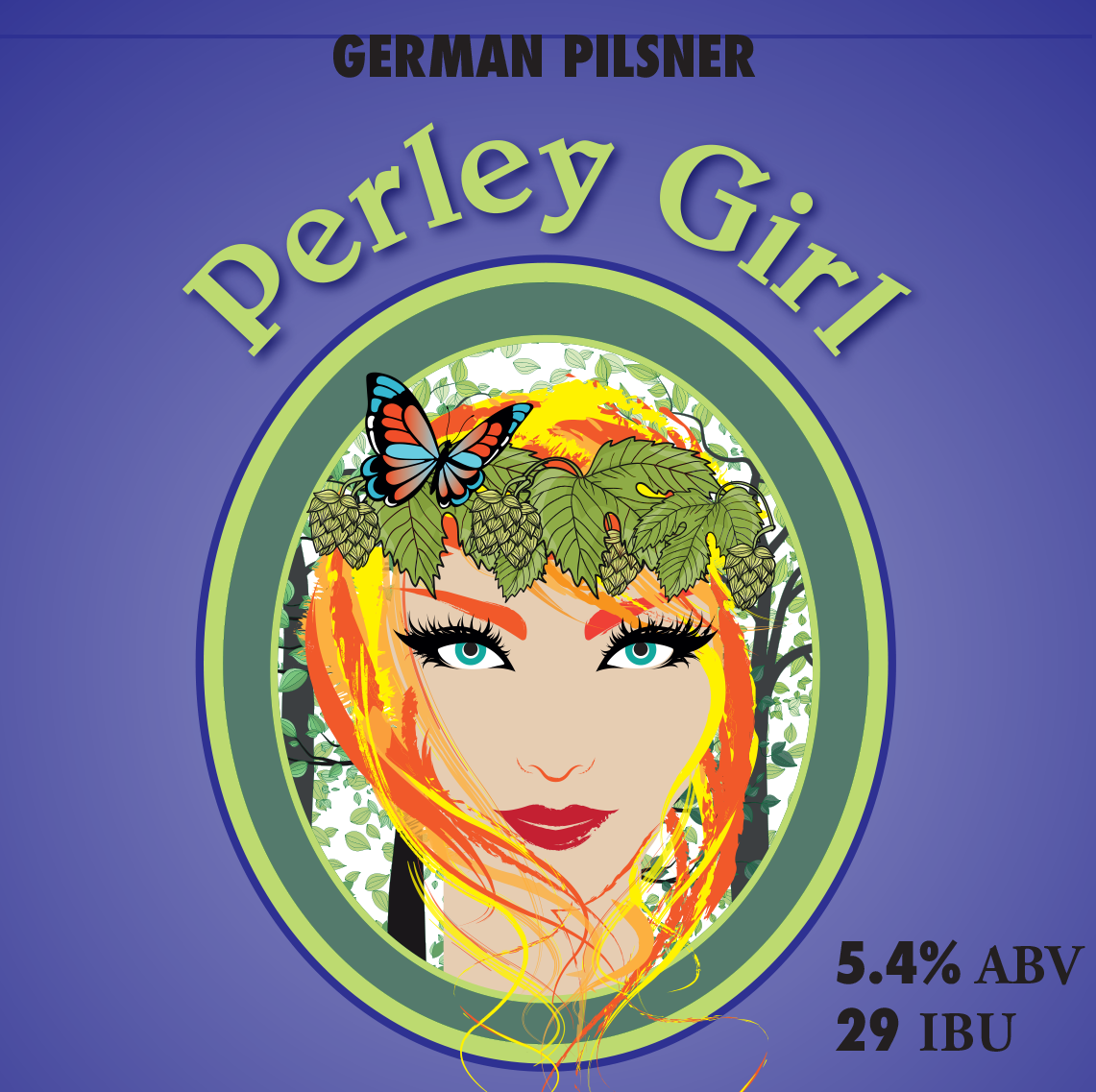 Perley Girl Makes It In The Can

Brew Barn Waiting Is Over – 4PM This Friday!

In our own version of Waiting For Godot, Vladimir and Estragon (I looked that up; I'm not that well read) wait and wait and wait, for the Brew Barn to open....
Read More